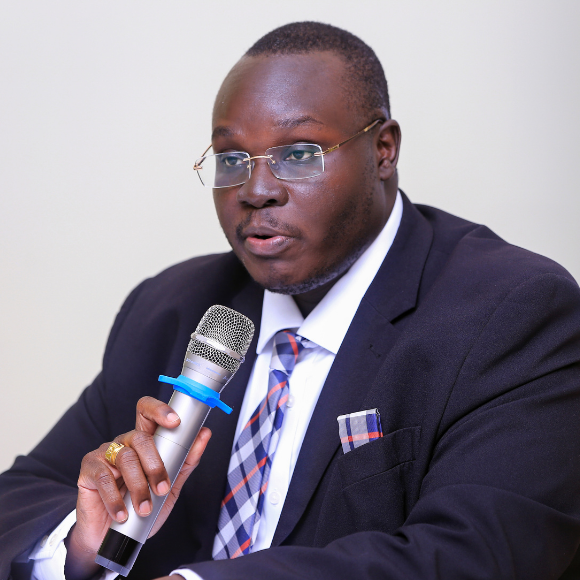 Sydney Asubo is the Executive Director of the Financial Intelligence Authority and the pioneer Chief Executive Officer of the Authority.

His previous experience includes being the Director of Legal Affairs at the Inspectorate of Government, which is the main anti-corruption agency in the Republic of Uganda. Alongside this he has also worked as a Senior State Attorney in the Directorate of Public Prosecutions in Uganda.

He has extensive experience in both prosecuting serious crime and in Criminal Justice Policy work, and has represented Uganda in many international criminal justice fields, particularly financial crime-especially corruption, anti-money laundering, and combating terrorism financing.

He is a task force member in the Eastern and Southern Africa Anti-Money Laundering Group. Currently, he is the Chairman of the Task Force of senior officials of the Group, which brings together 18 member countries. He will hold the Chairmanship for one year (2020/21) during Uganda’s Presidency of the organization. He is also a member of the Africa/Middle East Joint Group, a working group of the Financial Action Task Force, which is the global standard setting body for fighting money laundering and the financing of terrorism

He is a Review expert under the United Nations Convention Against Corruption(UNCAC) and participated as such during the review of Uganda’s Compliance with UNCAC. He also participated in the Review for Compliance with the UNCAC as an expert, for Togo, India and Burkina Faso.