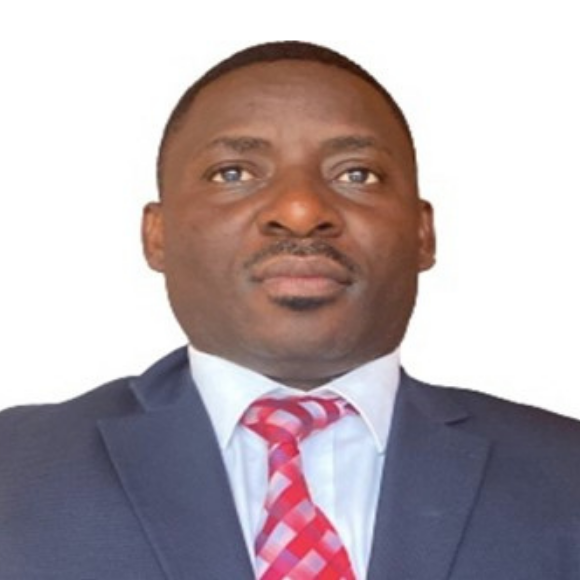 Diphat Tembo is the Director of the Compliance and Prevention Department of the Financial Intelligence Centre (FIC), the National Agency mandated to receive suspicious transaction reports (STRs) bordering on suspected Money Laundering, Terrorist financing, Proliferation Financing and other financial crimes and disseminate results of analysis to competent authorities such as Law Enforcement Agencies (LEAs) for investigation and possible prosecution of criminals where there is ground that crime has been committed. He has been with the Financial Intelligence Centre since 2012.

Diphat graduated from the University of Zambia in 2004 where he obtained his Bachelor of Arts Degree in Economics with an upper Merit. He also holds a Master’s Degree in Economics from the University of Manchester, United Kingdom. He is an Executive member of the Economic Association of Zambia (EAZ) and the Association of Certified Anti-Money Laundering Specialists (ACAMS) of the United States of America.

He is a trained Anti-Money Laundering/Countering Terrorism and Proliferation Financing (AML/CTFP) Assessor under the Eastern and Southern Africa Anti-Money Laundering Group (ESAAMLG) and the Financial Action Task Force (FATF). The last country which he participated in as an Assessor is the Republic of Mozambique and focused on FATF Recommendations 9-23 and IO.4 (Preventive Measures).

He is a Member of the AML/CTPF National Task Force of Senior Officials (Task Force) in Zambia where he serves as a Secretary. The Task Force comprises all Law Enforcement Agencies, Supervisory Authorities, Zambia Security Intelligence Service, National Anti-Terrorism Centre, National Prosecution Authority, Judiciary, Ministries of Justice, Finance Foreign Affairs and Home Affairs.  He also sits on the Anti-Money Laundering Authority (AMLA) which is the highest AML/CTFP policy making body in Zambia. At the Regional Level, he serves as the Chairperson of the Risk, Trends, Methods Group (RTMG) of the ESAAMLG. He equally sits on several working groups of the ESAAMLG including the FIU Forum.

Diphat is the National liaison person for the Money Laundering/Terrorist Financing (ML/TF) National Risk Assessment (NRA) and regularly follows up with stakeholders on the implementation of the NRA results. He further liaises with various stakeholders such as Law Enforcement Agencies (LEAs) and other competent authorities on the implementation of the AML/CTFP Mutual Evaluation recommendations. He has unique practical experience in the design and delivery of AML/CTFP training and Risk Based Inspections to the Financial Sector and the Designated Non-Financial Businesses and Professions (DNFBPs).

Prior to joining the Financial Intelligence Centre, Diphat worked for the Ministry of Finance where he rose to the position of Senior Economist from 2007 to 2012 under the Investments and Debt Management (IDM) department. He has also worked with the Barclays Bank Plc as a Customer advisor, Pride Zambia as a Branch Manager, Rural Net Associates an assistant researcher.